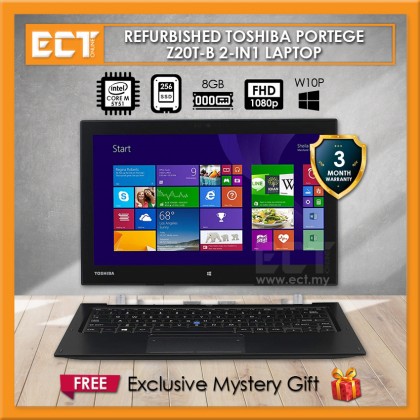 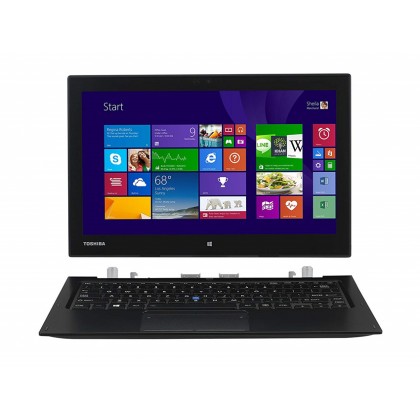 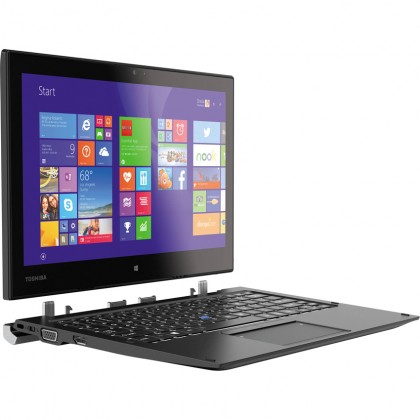 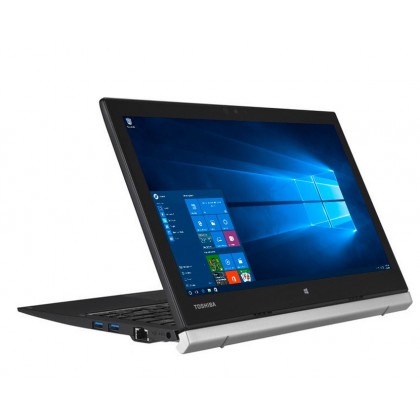 The Toshiba Portege Z20T-B-107 comes close to getting right as a hybrid that’s both a good tablet and a good laptop. But as tablet it’s let down by its relatively heavy weight, heat issues and its inevitable reliance on Windows which has both benefits and disadvantages, such as extensive peripheral compatibility but a continuing paucity of touchscreen apps

Model: The Toshiba Portege Z20t is an Ultrabook which functions as a 2 in 1 device as it has a detachable keyboard and trackpad dock. This Ultrabook features a 12.5 inch Full HD touchscreen and comes bundled with a digitizer pen, which is useful for drawing and writing on the screen. For storage, there is a 128 GB SSD with pre-installed Windows 10 Pro. The processor features a base clock of 1.10 GHz and a Turbo clock of 2.60 GHz. The Intel HD Graphics 5300 GPU is suitable for tablet use. On the tablet side of the device, there are a micro HDMI, an earphone jack and a micro- USB 2.0

The Toshiba Portege Z20 Series is a hybrid and lightweight detachable laptop for those who are looking to do some work and some entertainment when they are on-the-go. Its solid chassis from black metallic graphite is compact and stylish. Theres a choice of processors for this Windows convertible ranging from an Intel Core M 5Y31 up to an Intel Core m7 6Y75. The integrated CPU depends on the selected processor

The system either comes with 4 GB or 8 GB of LPDDR3 RAM, which is not upgradeable after purchase, a 128 GB or 256 GB SSD and a 12.5 inch Full HD display. The laptop’s detachable keyboard may be a little difficult to type on and may take some time to get used to. The connectivity includes one USB 3.1 port, two USB 3.0 ports, an HDMI port, an audio combo jack and a microSD card reader. As the laptop is mainly built for business usage, it only weighs 1.5 kg and the battery life is up to 7:41 hours

Toshiba Corporation is a multinational conglomerate manufacturing company, headquartered in Japan. The company's main business is in Infrastructure, Consumer Products, and Electronic devices and components. Toshiba-made Semiconductors are among the Worldwide Top 20 Semiconductor Sales Leaders. Toshiba is one of the biggest international notebook-manufacturer. There exist many reviews for Toshiba models.

Toshiba is not present in the smartphone sector. As laptop manufacturer, Toshiba still had 6.6% of world market share in 2014. However it fell to only 1.6% in 2016, making only for the 8th place

What's In The Box 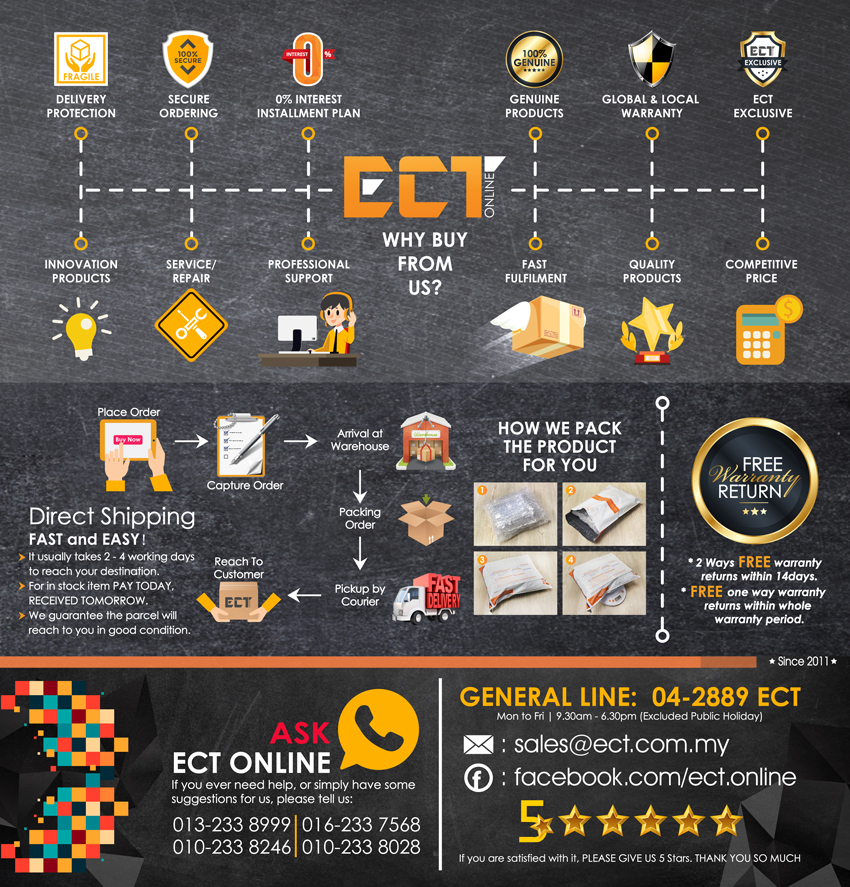